Uniform and Dress Code at School

Strict uniform rules at school may be unconstitutional.

The decision reminds us of the South African Constitutional Court case of a few years ago: MEC for Education v Pillay 2008. Yes, South Africa has one of the best constitutions in the world.
With Human Rights Day around the corner (21st of March), let’s have a look at the Pillay case… 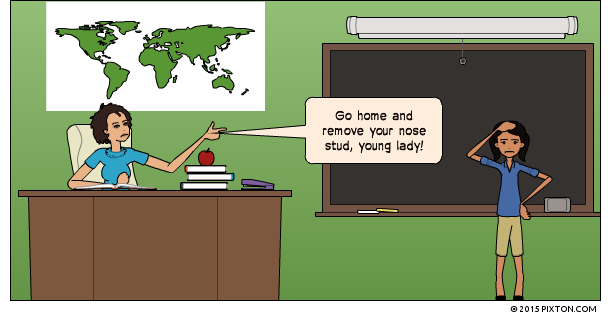 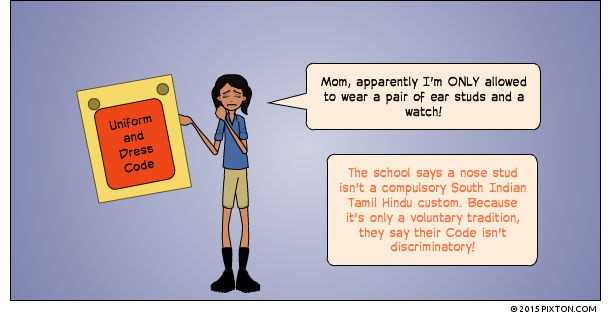 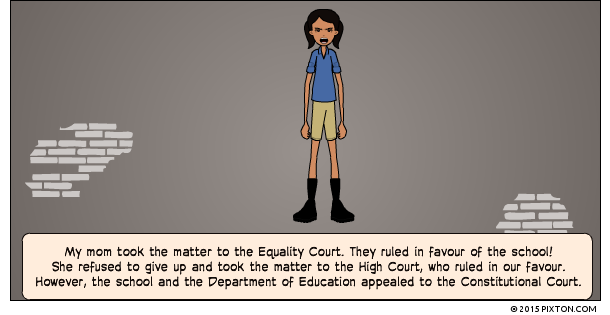 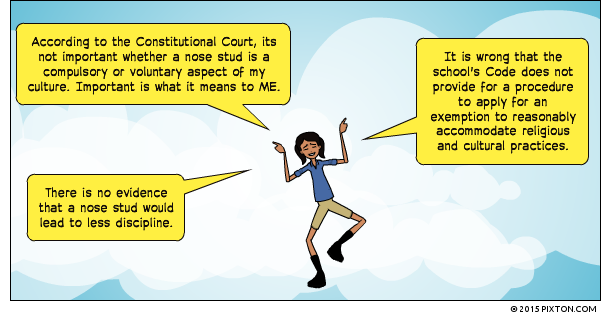 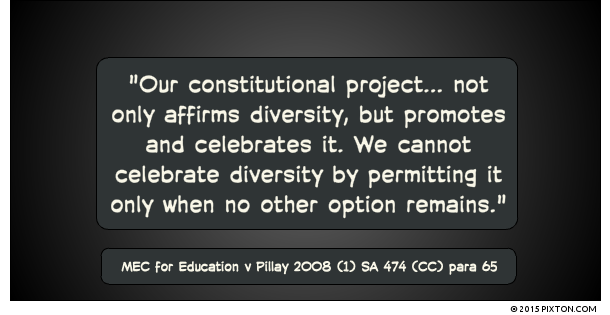 It could therefore be within a learner’s right to wear a nose stud to school if it forms part of the learner’s religion or culture. Schools are thus advised to allow for a procedure in terms of which a learner can apply to wear a religious or cultural piece. According to the Pillay case, the fact that an exemption might encourage more learners to express their religion or culture, should be celebrated and not feared.

Education is important because, first of all, people need to know that discrimination still exists. It is still real in the workplace, and we should not take that for granted. Alexis Herman

Education is not a tool for development – individual, community and the nation. It is the foundation for our future. It is empowerment to make choices and emboldens the youth to chase their dreams. Nita Ambani
March 17, 2015